A stack is a linear list where insertion and deletion can perform only at one end. and the end where we perform the operation is called the top of the stack. It uses Last-In-First-Out (LIFO) functionality means the item that inserts last will out first. 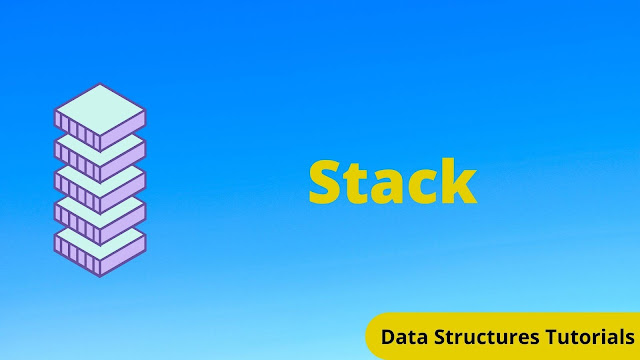 
What is Stack – definition?

A stack is an ordered collection of items in which we can insert a new item or can delete an existing item only from one end called the top of the stack.


sometimes stack is also called a pushdown list because of the push operation which adds elements to the stack. one thing we also need to consider while using the stack is that there is no upper limit on the number of items that can be allowed to insert in the stack. but if a stack contains only one item and then we pop the element from the stack then the stack will be left with no elements. so now the pop operation cannot be applied to the empty stack because the stack has no element.


And if the stack has not any item and if we use the pop operation then this will result in an attempt to access an item from an empty stack. this situation is called underflow.

we can implement a stack using the array or by using the linked list.


we need to define a data type called stack using the structure and need to define the first element as a top that will be used as an index to the top element and a variable MAXSIZE of integer type that will hold the elements of the stack.

Implementing a stack using the linked list is called a linked stack. we first need to define a data type named stack using the structure with two variables called info and next. info variable will hold the data of the stack and the next variable holds the address of the element. and at the last, we declare a pointer variable called the top of the type stack that will hold the values of the stack.

To create an empty stack we need to initialize a stack using the empty linked list. set the top pointer variable to NULL.

To push or insert an element into the stack we need to insert the element at the first position of the array or linked list.

To pop an element or delete an element to the stack we need to delete/remove the element from the beginning of the linked list.

To check for the underflow condition we need to check if the linked list or array is empty or not.

Disposal of a stack means releasing the memory occupied by the stack when the data is not there.