What is Data Structure

Data: – The term data simply refers to a value or a set of values These values may represent some observation from an experiment, some figures collected during some survey ( such as census, exit polls, etc. ), or marks obtained by a student in an examination, etc.


Data Item: – A data item refers to a single unit of values. For example, each subject’s roll number name, date of birth; age, address and marks are data items. 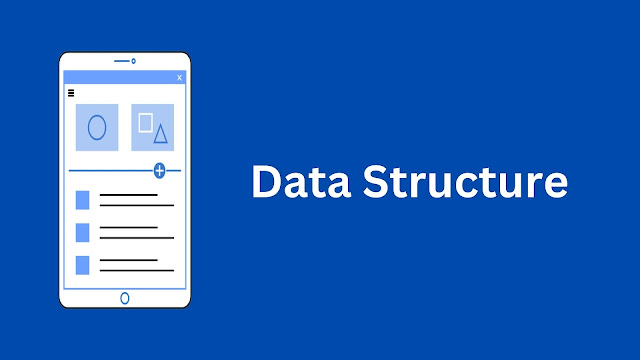 Data items can be divided into 2 types.


Entity: An entity is something that has certain attributes or properties, which may be assigned values. For example, the student is an entity.


Field: The attributes or properties of the entity are called a field The value assigned to these fields may be either numeric or non-numeric. For example, The possible attributes for a student can be roll number, name, date of birth, gender and class. The possible values for these attributes can be 12345, VIKAS, 09/09/1985, M 9.


Record: – A record is a collection of related fields for a given entity set.


Key: – A key is a data item in a record that takes unique values and can be used to distinguish a record from other records it may happen that more than one dàta item has unique values. In that case, there exist multiple keys of a time, we may be using only one data item as a key. called the primary key, depending on the problem in hand The other key ( s ) are known as alternate key ( s ).


In some cases, there is no field that has unique values. Then a combination of some fields can be used to form a key, Such a key is known as a composite key.

in the worst case, if there is no possibility of forming a key from within the record, then an extra data item can be added to the record that can be used as a key.


Data Type: – A data type is a collection of values and a set of operations that act on those values. Whether our program is dealing with pre-defined data types or user – defines types, these two aspects must be considered

For example, consider an integer data type that consists of valued ( MININT -3 , -2 , -1 , 0 . 1 , 2 , 3 , MAXINT ) , where MININT and MAXINT are the smallest and largest integers that can be represented by an integer type on a particular computer The operations on integers include the arithmetic operation of addition ( + ) , subtraction ( – ) , multiplication ( ) and division ( / ). There are also operations that test for equality/inequality and the operation that assign an integer value to a variable.


Data Types can be divided into 3 types


Abstract Data Type- ADT is a useful tool for specifying the logical properties of a data type A data type is a collection of values and a set of operations on those values. That collection and those operations form a mathematical construct that may be implemented using a particular hardware or software data structure. The term ” abstract data type refers to the basic mathematical concept that defines the data type.


When we define an abstract data type as a mathematical concept, we are not concerned with space or time efficiency. Those are implementation issues The definition of an ADT is not concerned with implementation details at all. Implementing a particular ADT on a particular piece of hardware or using a particular software system may not even be possible. ADT is a useful guideline for implementers and a useful tool for programmers who wish to use the data type correctly

Data may be organized in many different ways the logical or mathematical model organization of data is called data structures. The choice of a particular data structure depends on the following considerations.


The study of data structures includes

TIME COMPLEXITY – This measure is used to estimate the running time of the algorithm in terms of the size of input data. For this purpose, a popular notation called big ‘ O ‘ notation is NY used 2. SPACE COMPLEXITY: This measure is used to define extra space consumed by the algorithm except for input data. This is also measured in terms of input size and big ‘ O ‘ notation is also popular in this case as well.


To calculate Time and Space Complexity we use


Counting the number of steps

We can determine the number of steps needed by a program to solve a particular problem instance in one of two ways. In the first method, we introduce a new variable, count, into the program This is a global variable with an initial value of 0 Statements to increment the count by the appropriate amount are introduced into the program. This is done so that each time a statement in the original program is executed, the count is incremented by the step count of that statement


Cases To Consider During Analysis

Choosing the input to consider when analyzing an algorithm can have a significant impact on how an algorithm will perform. For example, if the input list is already sorted some sorting algorithms will perform very well but other sorting algorithms may perform very poorly The opposite may be true if the list is randomly arranged instead o sorted Hence multiple input sets must be considered while analyzing an algorithm. These include the following


NON-LINEAR DATA STRUCTURES: – The elements do not form a sequence.