Complexity means classifying an algorithm based on the amount of time and space an algorithm needs to specify the growth of time/space requirements as a function of the input size. so we have two things to measure the complexity of the algorithm. 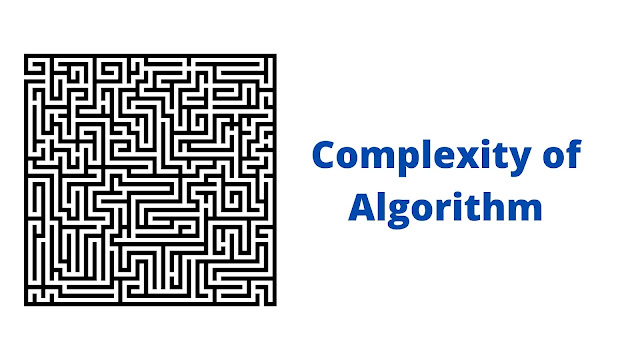 It measures the running time of the program as a function relative to the input size. running time is always equivalent to the steps or operations that are executed before termination.

It measures the amount of memory an algorithm required to execute as a function of the input size.


we can describe algorithms in pseudo-code to implement in a programming language that can only be understood by the programmers. so it is not in a formal way. let’s say we have an algorithm in terms of pseudocode and each step of pseudocode can be executed in a constant time no matter which machine we are using or which compiler we are using. also, it does not depend on the variables’ size.


Let’s say we have an algorithm that searches for an integer in an array of integers described in pseudocode and implemented in java programming. so we need to compare the pseudocode with the actual implementation in java.

Input: An integer array A, an integer k


Let’s say we have the input consisting of the array A={1,2,3,4,5,6,9,7} and the integer k=0 and the length of A=8. so we want to get the estimate of seqSearch when these inputs apply and what is the number of estimate machine cycles to execute the algorithm. to compute or estimate the actual runtime we usually need to multiply the computation steps by the clock speed of our machine.


Unfortunately, we do not know what the execution of a line can complete in how many steps. because this depends on a number of factors like a programming language, compiler, and the instruction set of the CPU. but we can say that for implementation of an algorithm on a standard machine will require a small constant number of steps. means a constant number that does not depend on the value of I and length A. and let’s say line 2,3,4 requires the most steps to complete. let’s say we can represent these steps by A1, A2, and A3.


so for every input, we can calculate this function. and we can define a function of the size of the input that is the length of A. also depends on the number where it is found or appears in the array. we resolve this by giving the estimation of the number of computation steps needed in any case like worst, average, and best case.